There are only about 2 million people in Mongolia and about 45 million farm animals. The people depend highly on the animals for their survival, so most of the land is used as pasture. Herds of sheep, horses, cows and camels can be seen grazing and roaming along the roads and far off into the distance.

Mongolia is a land of extremes, but the conditions couldn’t be more perfect for raising land animals: wide-open spaces, grassy fields and rolling hills for miles to see. The animals grow coats to protect themselves in the winter from the brutal winds and cold, but not all of them can take the scorching heat of the desert. In the Gobi, only camels can survive. Their bodies are perfectly adapted for the heat and sand. 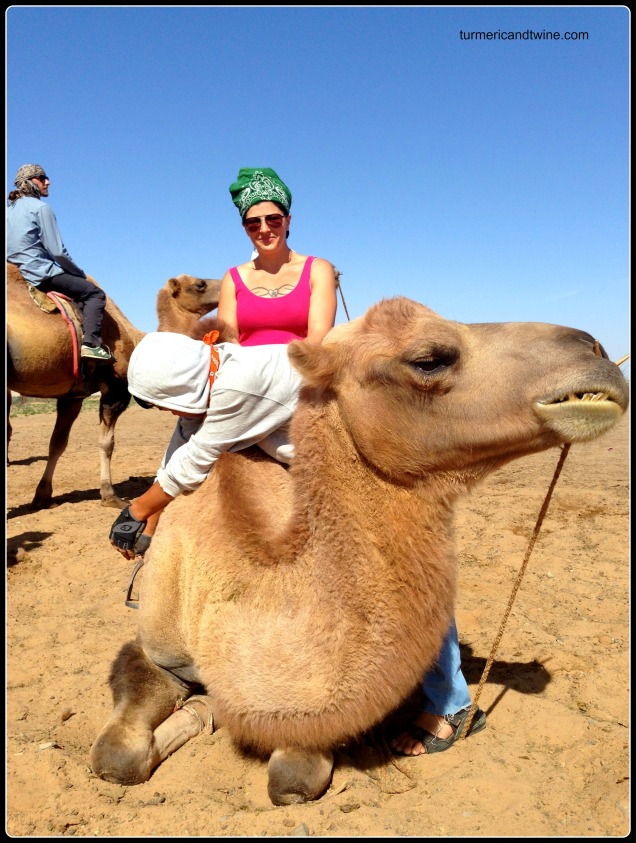 Being the only animal in the Gobi Desert means, of course, that camels are milked and slaughtered like all animals raised for that purpose. In my naivety, it didn’t strike me that camels were used for anything other than riding until I actually got to the desert. As I mentioned in my last post, our host family fed us a slow cooked camel meat stew with potatoes and some kind of hand made noodle. It was delicious, rather like mutton, and very filling after our evening hike.

We were also offered a selection of treats such as camel cheese, sugar cubes and fried bread along with airag, a fermented wine of sorts, made from animals’ milk, usually mare. In the desert though, airag is made from milk provided by camels. Farmy, frothy and sour, airag is… an experience. I tried both camel’s airag and mare’s. Surprisingly, the camel version was MUCH better. It was at least vaguely wine-like and smooth, while the mare’s airag was utterly intolerable. I was unable to stomach more than two sips. Ugh.

For those of us used to temperate weather and wildlife, it is very special to be able to see such a unique animal in their element. Camels are desert wizards.

Our group climbed the Singing Dune, the highest dune in the Gobi Desert, to watch the sunset one evening. So named because of the unique sound that it makes when the wind blows the right way. I haven’t had much experience with deserts in my life and I’d never seen a sand dune before. This was serious.

I’m not the biggest fan of heights. As I have gotten older, I’ve noticed how much more often I fear for my mortality. This is synonymous, perhaps, with my growing sense of adventure. I’m scared of dying all the time, but I go ahead and do what I want anyway. 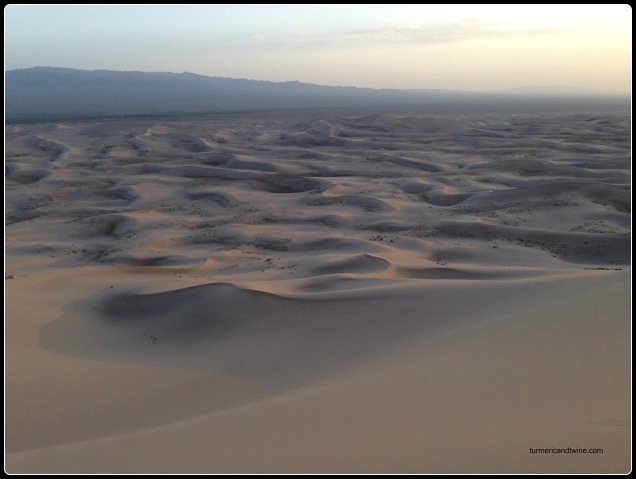 The photos do not give an accurate sense of how high the top of the dune is. As I climbed higher, I became increasingly terrified. I feared that I would slide dangerously and lose control. Its just sand, I know! But my rationale fled me. I was climbing the steepest part alone and seriously thought I would die, that I would be spending the rest of my life on top of that dune and would perish shortly. Or I would fall off. Never mind that I was with my group and several others. Watching people running down, diving into the mounds and doing all kinds of jumps. Finally, I took my first tentative steps down and was comforted by how much I sunk into the sand. I wasn’t going to fall off the dune! Halfway down, I was running and laughing and at the bottom, I was in tears. Tears of pride that I had overcome my fears were streaming down my face.

We celebrated by seeking out the first cold beers we had had in days and eating a hearty camel meat stew graciously given to us by our host family.

As we devoured our meals and laughed under the impossibly vast night sky, I marveled at how wonderful it is to make those small decisions to do something big. 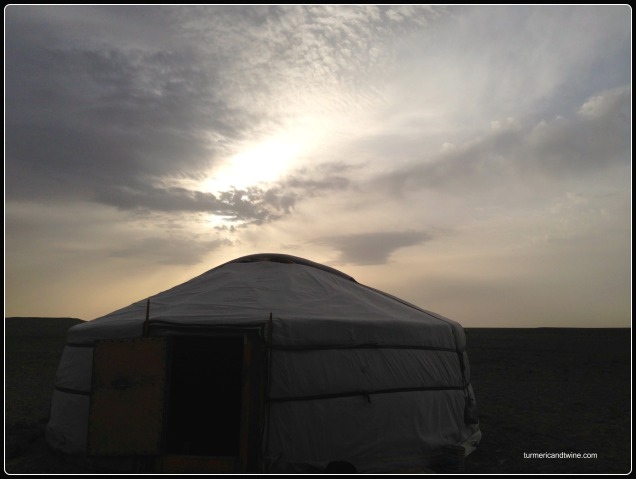 Each evening on my tour in Mongolia, we stopped by some incredibly scenic places to either set up tents or stay with a host ger (yurt) family. 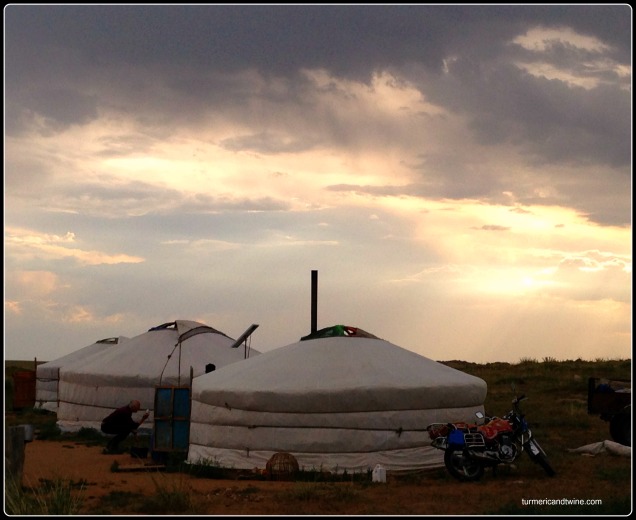 These families are nomadic, setting up their camp in one place for warmer weather and another place in winter. We were always given our own ger, sometimes with beds, and I was usually surprised by how comfortable they were.

Also surprising, was how colourful and beautifully designed they were inside.

They provided excellent shelter from the harsh elements and stayed relatively cool in the middle of the Gobi Desert. 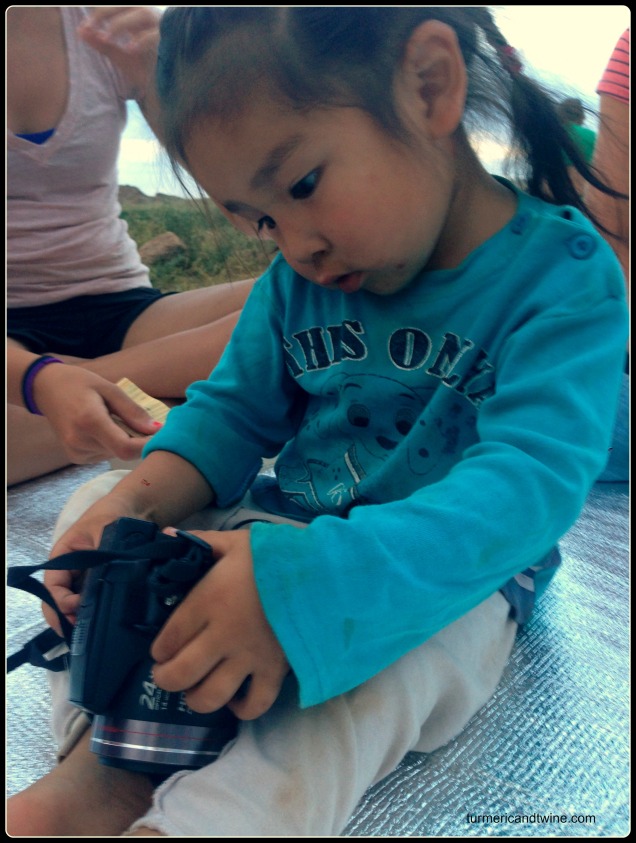 On the road in Mongolia. 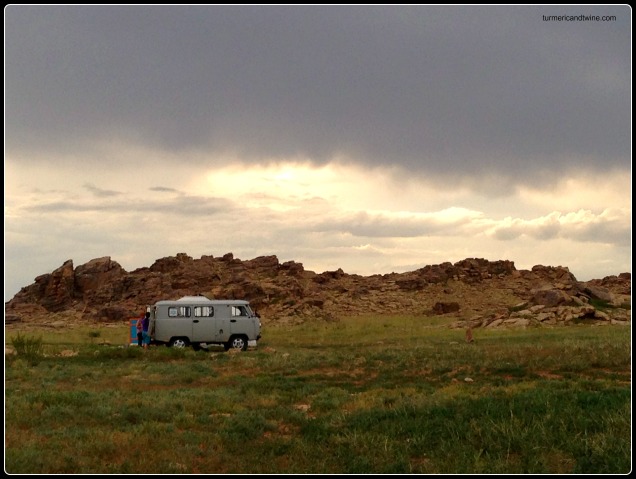 The Russian Tank Truck (as I like to call it) became our home. 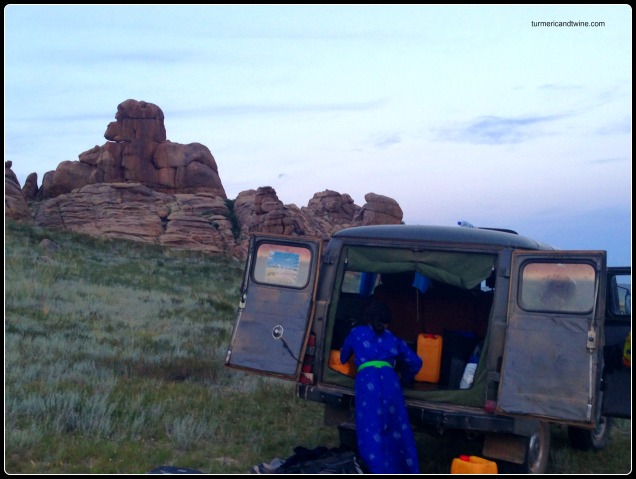 It didn’t provide seat belts and the ride was bumpy.

Bracing myself helped give my arms quite the workout! 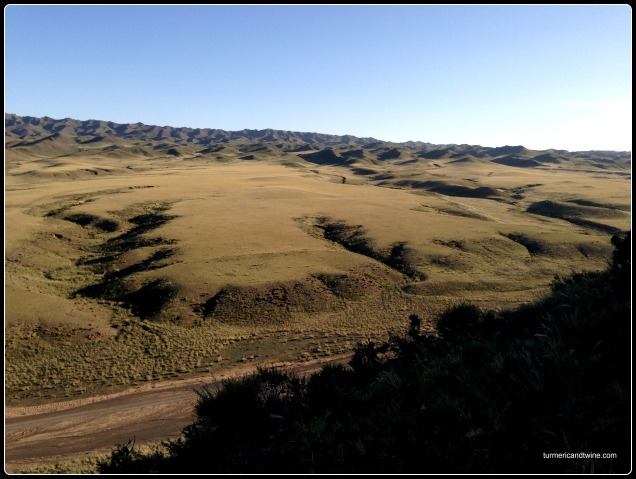 Along the way… there was beauty. I was even lucky enough to see this golden eagle in flight.

These next few posts are sorely overdue. My apologies. 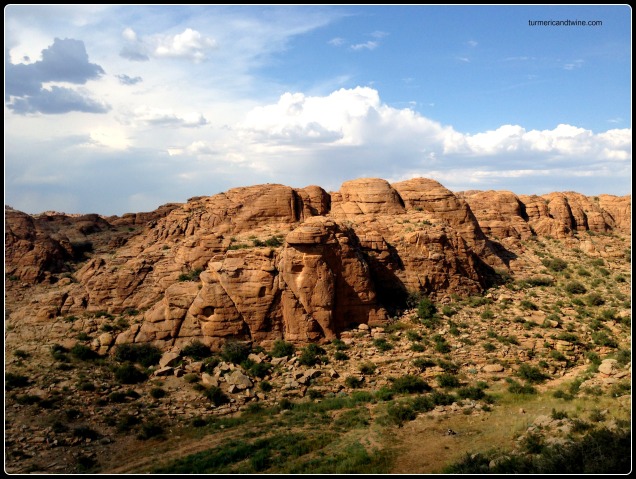 Mongolia had been a dream adventure of mine for many years (and still is). Finally this past summer, I got to experience the glory of the Gobi Desert. Having only ten days total and eight days for my adventure, I had to make the tough decision of choosing where to go. I found Golden Gobi Tours and Hostel online and made arrangements with them. 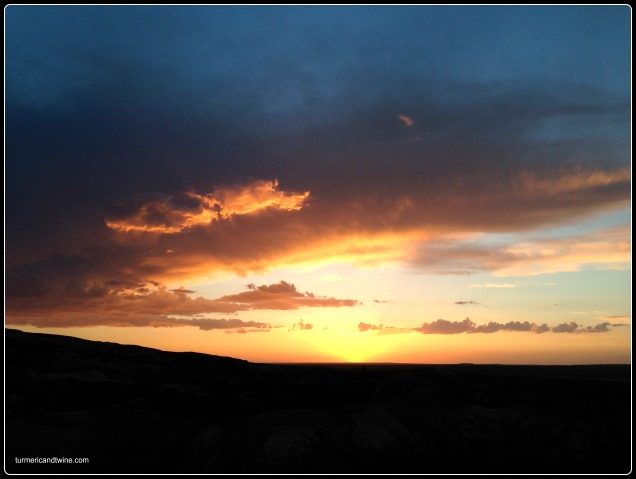 Eight days to explore the Gobi and its surroundings. 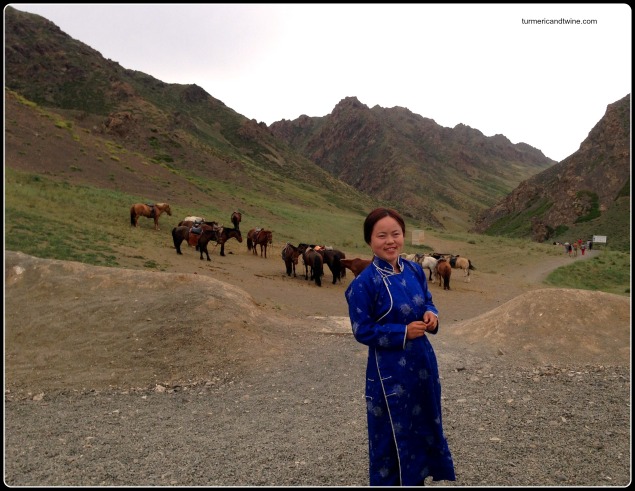 Eight days off the grid.

Eight days with no shower.

Eight days riding around with a group of strangers in a magnificent Russian-made machine that I’m not sure could ever be stopped.

Eight days falling more and more in love with a land of such extreme beauty.

Eight days to experience a people of such incredible resilience. 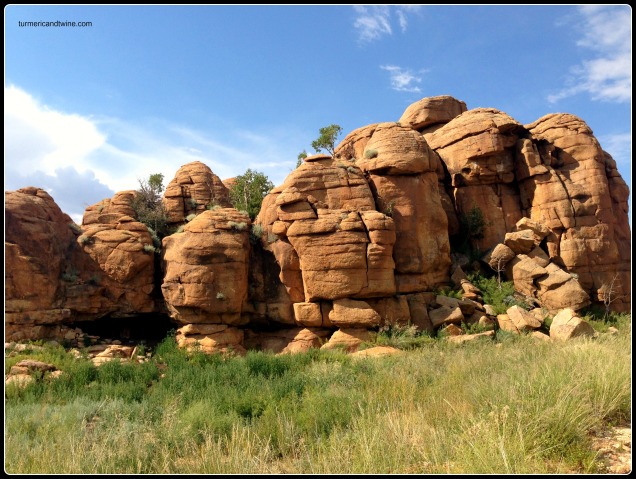 Eight days to behold one of the most stunning and unique landscapes I have ever experienced.

Sigh. Eight days was not enough. Nor is one single post to show off my favourite photos, so there’s more to come.